This is Part-2 in a series of blog posts I am writing to detail my experiences to get to 1 Million downloads on Windows Phone.

In this post, for the first time ever, I will make public detailed info around my app statistics which will show you how my top apps have performed since launch. I will also correlate some spikes I've seen with promotions I've run or new updates I've launched. Please note that the charts you see below are not from the same time period or include up to date downloads count info.

I'll start with statistics for my most popular app, Dictionary: 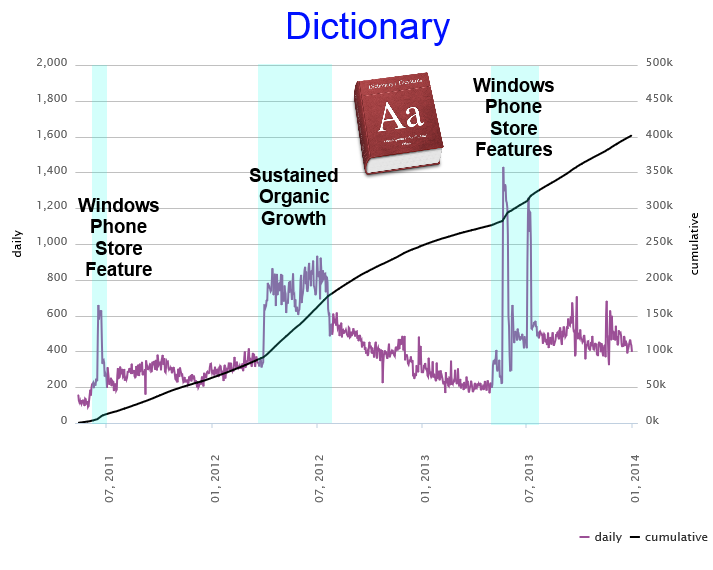 As you can see, getting featured in the Windows Phone Store really helps drive downloads for your app. The sustained organic growth period you see above is actually due to Dictionary winning first place in the Best Educational App category of the first-ever Windows Phone App Awards, beating competition from Microsoft and other competitors. 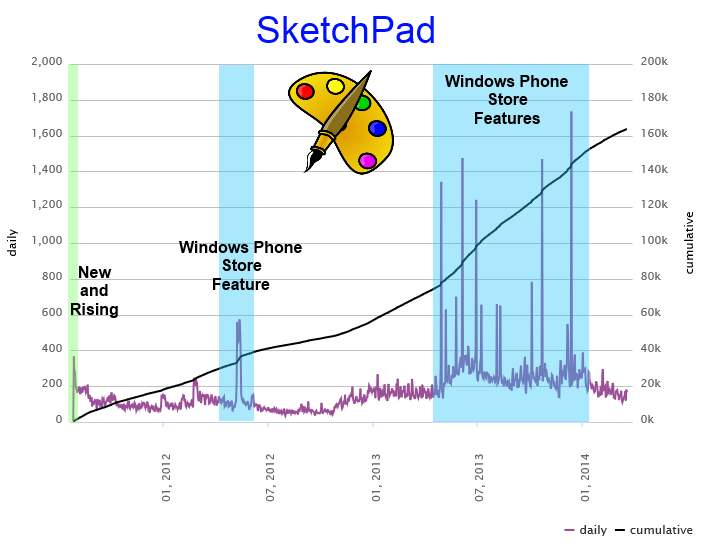 Again, the effect of getting featured in the Windows Phone Store clearly shows its benefits. I've been fortunate enough to have SketchPad featured in different countries across the world several times now. 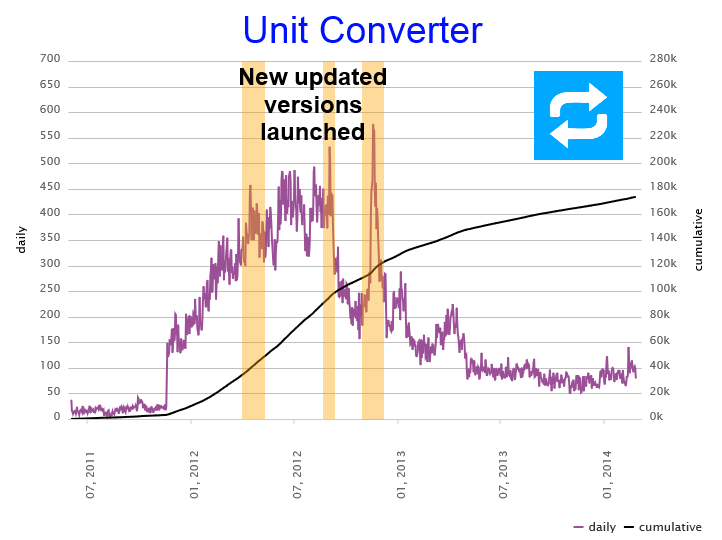 This chart shows you the bumps received in the download count just by updating the app to include new features and functionality. Users really like seeing their feedback being incorporated in the app.

Here's Events For Me: 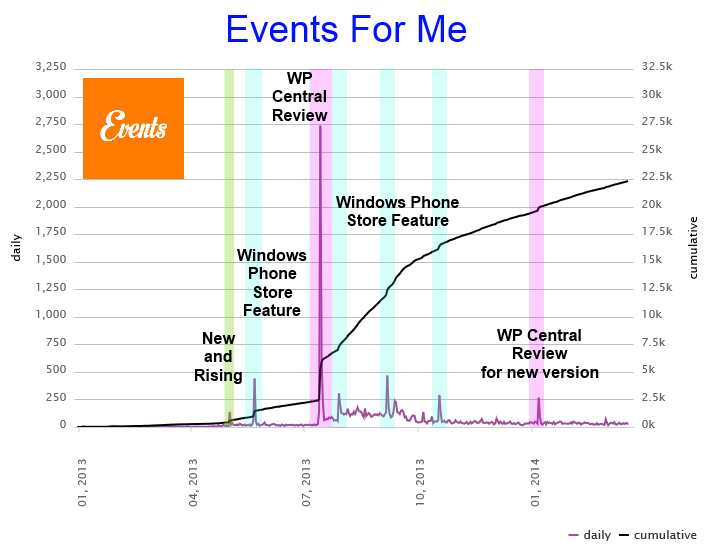 This chart not only shows you the benefit of getting featured in the Windows Phone Store, but also getting a good review on WP Central. In this case, the WP Central review drove the most downloads in 1 day to the Events For Me app.

I've saved the best for the last though, be prepared to be flabbergasted, as I show you The DVLUP Effect. Here's a look at the downloads for my Chess game 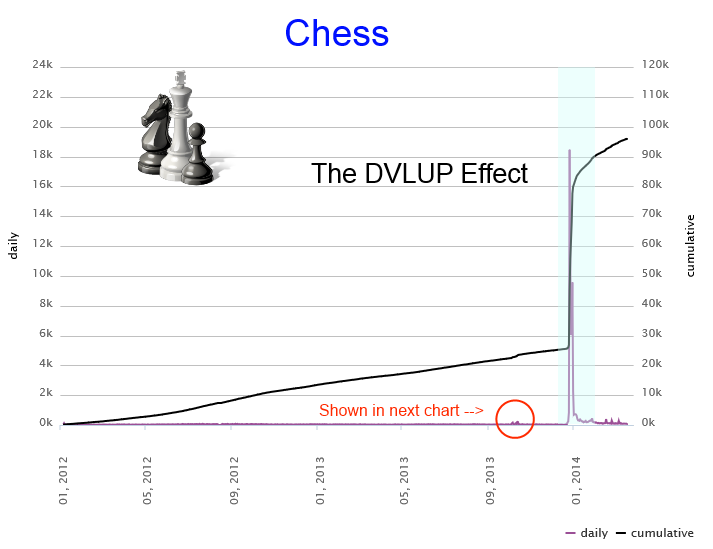 And here's the interesting part. See that red circle with a minor bump on the road? That is what you see in the chart below. 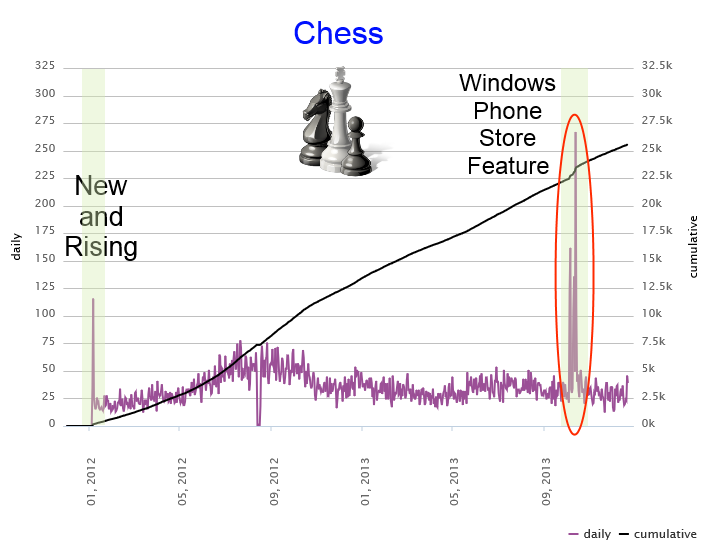 This shows you how using campaigns from DVLUP, I was able to achieve The DVLUP Effect which dwarfed downloads from any other promotions. Soon after launch, in early 2012, the Chess game also won 1st place in Microsoft's You've Got Game competition.

Windows Phone Store placements and DVLUP Campaigns have been a god given gift for an indie developer like myself.

You mention DVLUP effect, but do not disclose what tools did you use to get that effect (global campaign, free global campaign etc).

I used the DVLUP Global Campaign. It moved my game to #1 spot in its category and has helped maintain a high download rate. 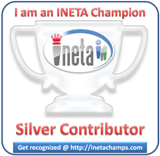